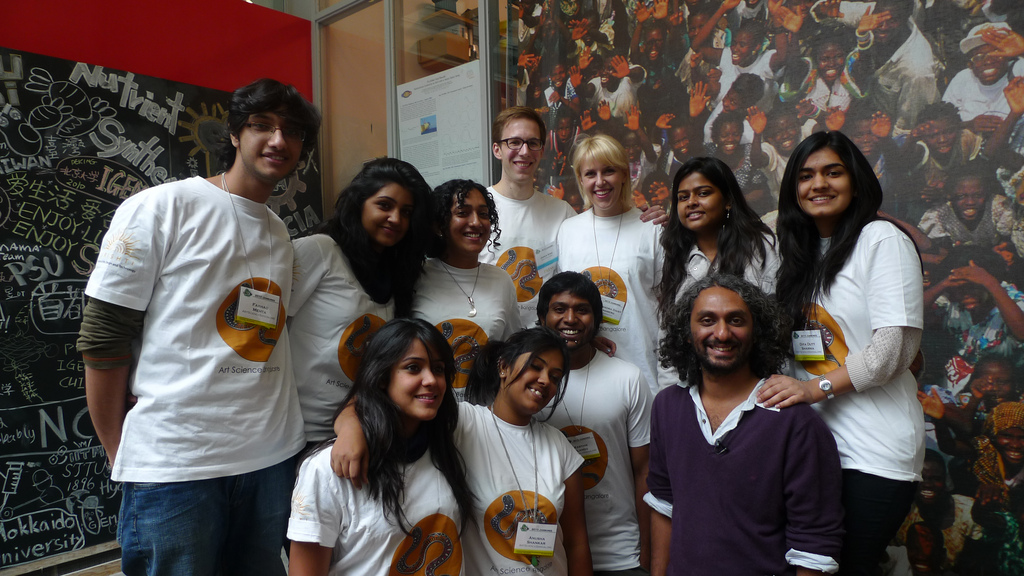 James was a resident artist at (Art)ScienceBLR in June 2010. During his time here, he mentored the 2010 iGEM team. James King is a speculative designer working in the field of biological science to investigate the implications of future biotechnologies. James collaborates with scientists and works between the lab and studio to design potential applications for their research. Together they imagine what might be possible if technologies developed in the lab become adopted by people in their everyday lives. This results in objects, films and images that are exhibited in order to elicit debate on the desirable and undesirable qualities of future biotechnologies.James’ work has been shown widely, most notably in MoMA’s Design and The Elastic Mind exhibition in 2008 and at the Wellcome Trust in 2010. It has also been reproduced in many publications such as Wired, SEED and The Guardian. Subsequently his project, Dressing the Meat of Tomorrow, was acquired into MoMA’s permanent collection. James has also presented his work at several scientific meetings and conferences throughout 2009 and 2010.

James and Alexandra Daisy Ginsberg worked together on E. chromi which won the best project award at the 2009 iGEM competition.