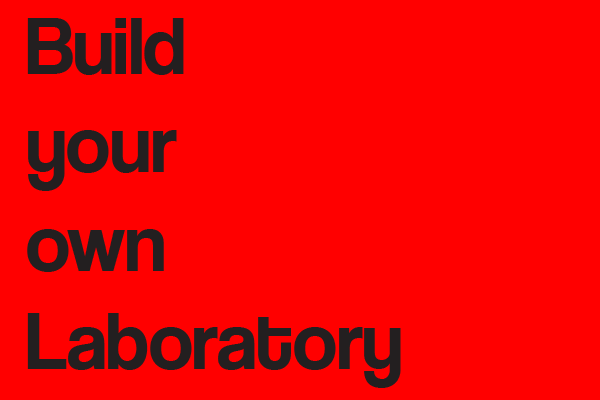 This three day workshop by (Art)ScienceBLR was open to artists, teachers, students, scientists. We had around 15 participants from various backgrounds and the age group of the participants was from 9 to 65.  The workshop covered Do it yourself techniques in building laboratory equipment. We repurposed trash, consumer electronics to build scientific equipment and attempted to retake the scientific instrument from the establishment and institutions and turn it into a tool for personal enquiry and personal expression.

This workshop was at CUBE, Mumbai and was organised by Homi Bhabha Centre for Science Education TIFR, Mumbai. Click here for the map

We met a day before the workshop was to start to plan the workshop and explore the nearby Chembur market. Royal electronics there stocked almost all electronics and components that we needed, plus they could arrange for things to be brought over from Lamington road to Chembur. The workshop began with the unpacking of our mobile labs. The participants were curious and confused by looking at some of the DIY lab equipment that we had taken along. Things became clearer once the lab was set up and running. After a round of brief introductions, we moved on to making our first instrument, the hackteria microscope. All the participants were told to make a housing and stage for their microscopes from scrap materials which were found on the campus itself. Some of the other microscopes The next day, Prof. Nagarjun (GN) spoke to us about collecting organisms and how to maintain and culture them as ‘model organisms’.  He showed us the process for earthworms, water fleas (daphnia) and fruit fly (drosophila). This was followed by an introduction to arduino session. Initially the participants were very confused but it got better when they started to make their turbidity meters. By the next day, they were using arduino + processing to visualise their turbidity meter readings Jai also worked with us to make a system for giving high voltage shocks to his bacteria cultures from a mosquito bat. There were many interesting discussions which took place during the workshop. We spoke about the aesthetics of the scientific instrument and other issues in Citizen Science. The participants from CUBE were especially interested in what role such instruments could play in the pedagogy of science/biology. We also discussed the context and relationship of the materials that we choose to work with, with the space that we are working in.

The workshop concluded with the Chembur Public Laboratory.